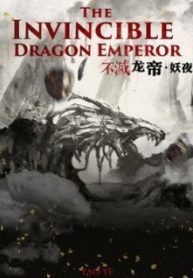 On the Great Land of China, forces clashed for the sake of supremacy and Bloodline Warriors ran amok; the conflict of the strong threatened to shatter heaven and earth. A young man named Lu Li—nothing more than a humble Coffin Carrier from the Northern Desert—came along with Lu Ling, his sister. The two were regarded as puny insects and bullied, but little did people know that Lu Li had the strongest Bloodline of them all in him.He mounted the most handsome of horses and drank the strongest of wines;He bedded the most beautiful of ladies and murdered the most hated of people;He told a huge lie and carried with him an ill-reputation undeserved;He traveled all by his lonesome and danced with devils;He had given his word that he would come back, that he would be strong.And it was because of this that she was still waiting in the city—alone.

The novel has many genres, each with many good novels, attracting readers. In the light novel we must mention re:zero light novel.

The Indomitable Master of Elixirs

The Daily Life of the Immortal King

Upgrade Specialist in Another World