The Ancestor of our Sect Isn’t Acting like an Elder 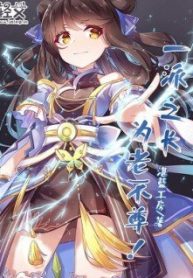 Sue Kirin was a loser. Thirty years old with no hope for advancement at his job and no redeeming features except one, Magic. For as long as he could remember Kirin had dedicated his life to practicing the Arcane. Unfortunately, when he was passing down his knowledge to his niece, she lost control of her power resulting in a backlash of vicious energy that resulted in her being sent to the hospital, her life in critical danger.

Kirin tried everything to help his niece to no avail, just as he had begun to lose hope, a man claiming to be an immortal cultivator appeared claiming to be able to restore Kirin’s niece to perfect health on one condition.

“Have you ever heard of parallel worlds?”

Die Trying (novel) is the second novel in the Jack Reacher series written by Lee Child. It was published in 1998 by Putnam.

I Am Really Not The Son of Providence