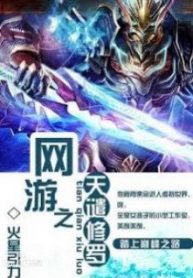 Summary Version 1:The mysterious boy Ling Chen is saved by a little girl as he lay on the street dying. Years later, he strikes a deal to save this savior-turned sister and enters the virtual world. In a future Earth where advanced warfare has forced nations to settle issues virtually or else suffer the consequences, Ling Chen bursts into the scene and goes from unknown to legend. Yet all is not as it seems, for Ling Chen has a dark past, and there is a greater mystery at hand behind this virtual world.Summary Version 2:To save his terminally ill little sister, Ling Chen enters the newly released virtual game world and joins a small gaming studio comprising entirely of women. From now on walking upon his path towards the pinnacle. An ancient, evil item almost forgotten by history, the “Lunar Scourge” helps forge his unsurpassable legend, and causes him to unknowingly step upon a path that is destined to be punished by the heavens, the way of the shura.

that time i got reincarnated as a slime web novel is a platform that allows users to read freely.

My 100-Day Secret Marriage With The Boss

that time i got reincarnated as a slime web novel