Goodnight Kiss from My Rumored Husband 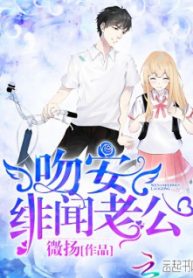 Gu Nianshen had thought all along that he was raped by an older lady five years ago when he got really drunk at a nightclub. When he met a child who resembled him and Lin Yiqian, he carried the child in his arms.“Where is your Mommy?” He asked. Calmly, the child pointed a finger at the screen of his phone.“There. She’s performing at a concert.” Coincidentally, the screen was displaying how a wealthy fan gifted the female singer on stage with 999 roses.Gu Nianshen’s facial expression turned spiteful as he gave his secretary an order. “Give Lin Yiqian a call. Tell her that her son has been kidnapped. She will have to turn herself in to get him in return.”“Bad guy…” Before the child could finish uttering his sentence, his biological father had placed a hand over his mouth. “You are being kidnapped!” Gu Nianshen fumed.

everything, everything (novel) is the first young adult novel created by the Jamaican American writer Nicola Yun (Nicola Yun). The book was first published in 2015 by Delacorte Books for Young Readers.

If You Don’t Fall In Love, You’ll Die

A Mistaken Marriage Match: Mysteries in the Imperial Harem